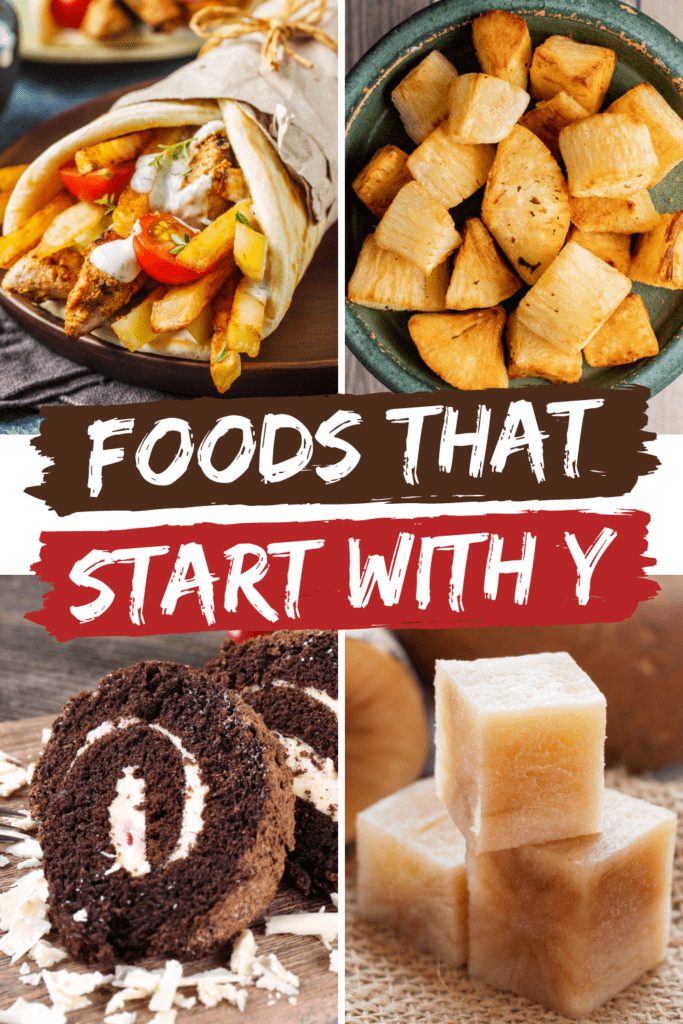 If you’re looking for foods that start with Y , look no further. We’ve combed the internet for the best foods that begin with the letter Y, and here are 21 of them. Some of the items will be familiar to you, while others will be new to you.

Japanese Foods that start with Y

In Japanese yakitori, chicken breasts, thighs, hearts, and gizzards are all skewered and grilled.
The chicken meat is threaded onto bamboo sticks and roasted over a hot barbecue grill while being basted with a homemade sauce called tare.
The sauce is commonly made using soy sauce, water, brown sugar, garlic, ginger, honey, and rice vinegar.
Yakitori is best served with sesame seeds and green onions on top.

Yaki udon is a delectable Japanese stir-fried udon noodle dish that is related to Yakisoba.
Fresh vegetables and meat (such as ground beef, chicken, pork, and seafood) are frequently utilized, and the dish is then topped with an umami-rich soy and mirin-based sauce.

Yakimono refers to grilled, broiled, or pan-fried foods including fish, shellfish, vegetables, or meat.
Before being grilled over an open flame, the objects are frequently marinated in sauce or seasoned.
Yakimono is related to şiş (Shish), a traditional Turkish cooking method in which warriors impaled meat on their swords and cooked it over an open fire.

Yakizakana or yaki-zakana refers to all Japanese-style grilled fish meals.
The fish (such as horse mackerel, salmon, cod, and needlefish) is salted or marinated with soy sauce or miso before being cooked over a hot grill.
It is commonly served whole with rice and miso soup.
This simple meal is suitable for breakfast, lunch, or dinner.

Fruits and vegetables that start with Y

It can be challenging to think of fruits and vegetables that begin with Y, whether you’re examining produce from A to Z or playing a food-themed naming game. Several edible plants, though, begin with this sometimes-vowel, sometimes-consonant letter, and you could see them on your kitchen table or on a restaurant menu now and then.

Yuzu is an Asian citrus fruit that is widely used in cooking. With a yellow, wrinkled skin, it resembles a grapefruit. The fruit is almost always utilized in meals and to prepare other components, and it is only occasionally consumed raw. It has a strong, tangy, and acidic lemon and lime flavor to it.

A yam is a tuber (vegetable) that grows in tropical areas all over the world. They look a lot like sweet potatoes, but they’re considerably bigger, less sweet, and have a lot more starch. They are extremely adaptable and can be utilized in the same manner as other tubers.

Yali pears, commonly known as Chinese white pears, are a tear-drop-shaped Asian pear with a long brown stem. Vitamin C, K, antioxidants, and other minerals are abundant. They can be eaten raw or cooked in a variety of ways

Also known as waxberries or bayberries, these red, juicy fruits are similar in flavor to raspberries. They are sweet and tangy and are popularly used in desserts. Yangmei fruit is grown in Eastern Asia

Yellow squash is more commonly known by its nickname, summer squash, because it is perfectly ripe in the summer.
This is a mild-flavored vegetable that pairs well with heavier flavors.
Roasted bits can be tossed into a spicy salad, added to chilis and curries for bulk, or spiralized for low-carb noodles.

Over the years, several types of watermelon have been known for their red color.
Before it turned red, it was a golden fruit. Yes, the scarlet variety precedes the yellow variety from Africa.
It’s also sweeter, making it ideal for summer gatherings and backyard barbecues. Chop it up, put it in the fridge, and eat it!

Inside and out, yellow kiwifruit, often known as gold kiwifruit, differs from green kiwifruit. Yellow kiwi has smooth, hairless skin that is golden-brown in hue, whereas green kiwi has a brown, fuzzy surface. These kiwis are bright yellow when cut open, with small black seeds.

Yellow mangoes, also known as ataulfo mangoes, are native to Mexico.
This is quite probably the greatest mango you’ll ever eat, with its sweet honey-like flavor and buttery, silky texture.
They’re also abundant in vitamin A and vitamin C, which helps to enhance your immune system.

Yorkshire is a tea-drinking country. Tea is almost never served without a piece of cake.
A traditional Yorkshire teacake resembles a fruit scone in appearance.
They’re made using a simple bread-like dough that’s seasoned with dried fruit and spices like cinnamon and nutmeg before being baked.
Toast the bread and drench it in butter before serving. The British are the masters of delectable tea customs!

Youngberry is a genetic mash-up of our favorite summer fruits.
It’s a cross of three different berry varieties – blackberry, raspberry, and dewberry – and it’s tangy, sweet, and wonderful.
The berry’s rich antioxidant content may help you stay young, but that isn’t how it acquired its moniker.
B., a Louisiana businessman, was the first to invent it. M. Young, who is now known as the man who grew his own fruit.

Breakfast that start with Y

Yogurt is a thick dairy product formed by bacterial fermentation of milk. Plain yogurt has a bitter and sour flavor, whereas certain varieties have been sweetened. It’s widely used to make sauces, breads, pastries, stews, and a variety of other dishes

Yeast are microorganisms that are utilized in a variety of foods for a variety of functions. By helping the fermentation process, yeast can be utilized to generate alcoholic beverages such as wine and beer. It’s also used as a leavening agent in baking to help baked goods, most commonly bread, rise.

Yorkshire pudding is an English dish that tastes remarkably similar to a savory pancake, given that both are made with the same ingredients: flour, eggs, milk, and salt. However, Yorkshire Pudding has a distinct flavor, not only because it’s British, but also because it’s prepared differently than a pancake.

Yuca roots are tubers that are native to Central America and much of the rest of the world. It’s one of the oldest foods on the planet, and it’s filling and cheap.
Yucca is used in many Latin American recipes, including Dominican yuca empanadas, yucca fries, yuca mash, yuca tamales, and even Costa Rican enyucados, which are little cassava patties stuffed with cheese and fried till golden.
Yucca roots, boiled and served with garlic and onions, are an essential feature of Cuban party food, as they are in Puerto Rico.

Yacon is a South American tuber with a potato-like appearance and a pear-like flavor.
Yacon syrup, a natural sweetener, is made from this unique, unusual plant. The syrup is molasses or treacle-like in appearance, black and thick.

We’re not talking about vocalists from the Alps here. Drakes makes a yodel, which is a cream-filled cake roll.
The Simpsons, Frasier, and Everybody Loves Raymond have all included these favorite snacks.
It’s not difficult to see why. People are going to speak when you wrap devil’s food cake in vanilla crème and then dip it in chocolate.

Yorkshire pudding is a baked pudding made with eggs, flour, milk, or water in a batter. It is a versatile food that can be served in a variety of ways based on the contents, size, and other meal components. It can be served as a first dish with onion gravy.

What snack starts with Y?

What’s a fruit that starts with y?

Yuzu is a Japanese citrus fruit that is yellow-green in color. It has a mild flavor and a thick, knobby rind. Yuzu is less acidic than lemons or limes, and its juice complements fresh fish and other delicately flavored meals. Yuzu is used in sweets such as ice cream by some chefs.

What is a breakfast that starts with y?

Yogurt is most commonly served with fruit, granola, and honey for breakfas

What is a vegetable that starts with y?

Yam. A yam’s skin is thick and rough, similar to tree bark! Yams are similar to potatoes in appearance, but their flesh can be white, yellow, or even purple in color.

What is a 4 letter word that starts with y? 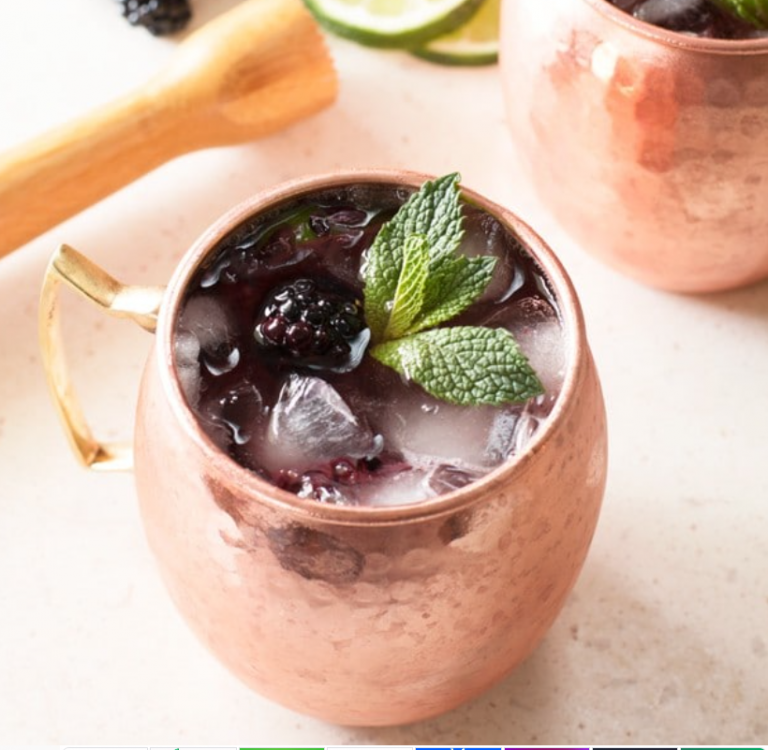 There’s nothing quite like a Moscow Mule Recipe on a hot summer day, and this refreshing drink is perfect for anyone who loves a good cocktail. Moscow Mules are easy to make and can be customized to your liking. You can use any vodka or rum, and you can add any fruit or flavor you… 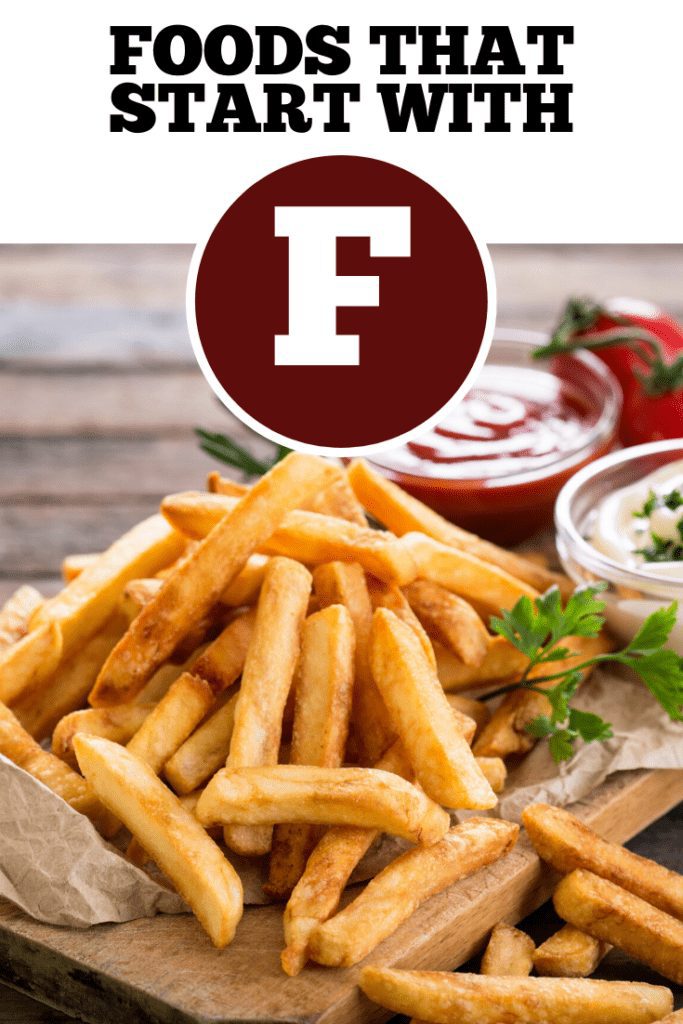 Are you on the lookout for foods that start with F? You’re going to have a great time!It’s time to move on to the next letter of the alphabet after presenting dishes that begin with E! Are you having problems coming up with at least ten foods that begin with the letter F? We done…

★★★★★ 5 from 2 reviews Bacon Wrapped Asparagus Air Fryer is one of those items that comes out shockingly wonderful when fried in the air fryer.FREE  Get Yours Today!3 Secrets to Ease Your CookingFrustrations. Send Me The bacon is crispy, and the asparagus is tender and not overcooked. The mix of air fried bacon and asparagus… 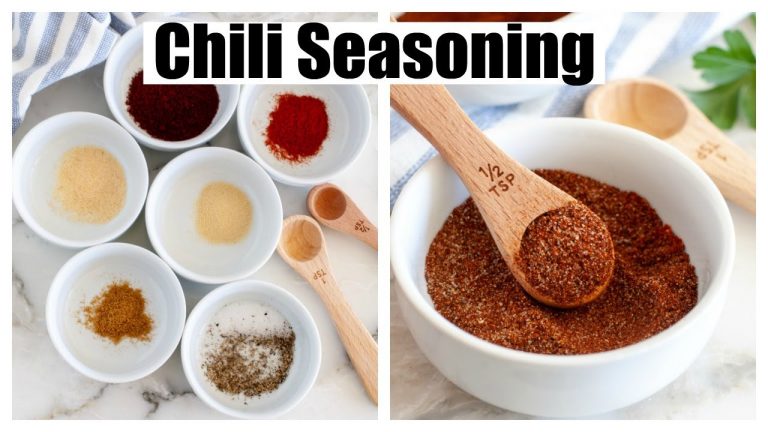 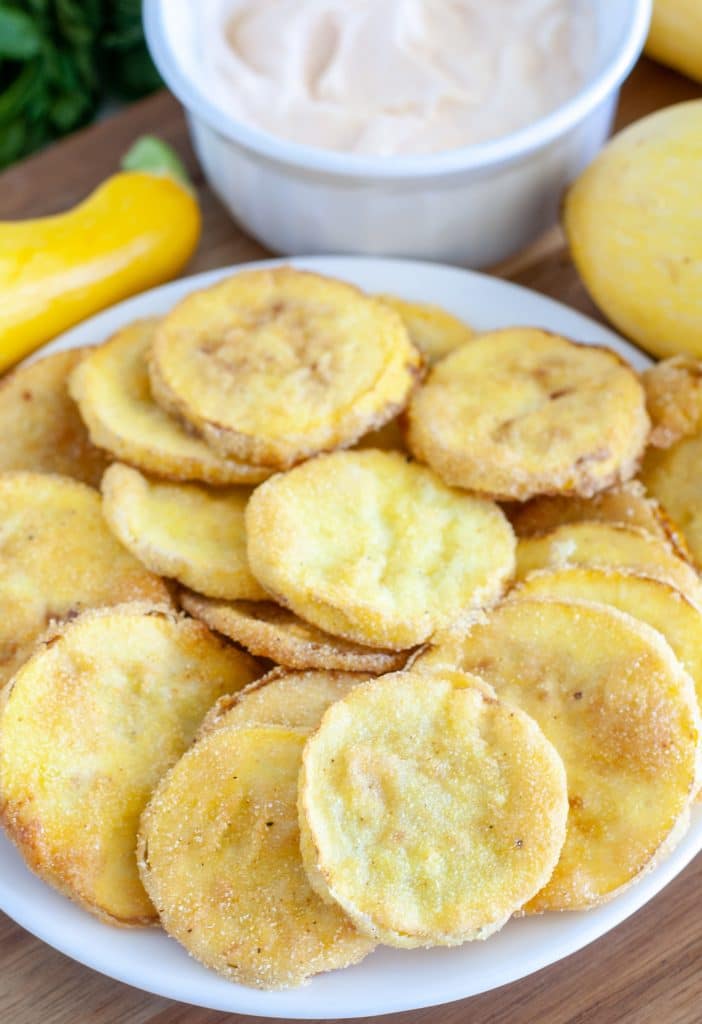 ★★★★★ 5 from 1 reviews Beautiful yellow Fried squash is coated in a light batter before being gently cooked. This meal will undoubtedly become a summer staple. Serve as a tasty appetizer or side dish.FREE  Get Yours Today!3 Secrets to Ease Your CookingFrustrations. Send Me My mother had a lovely vegetable garden when I was a… 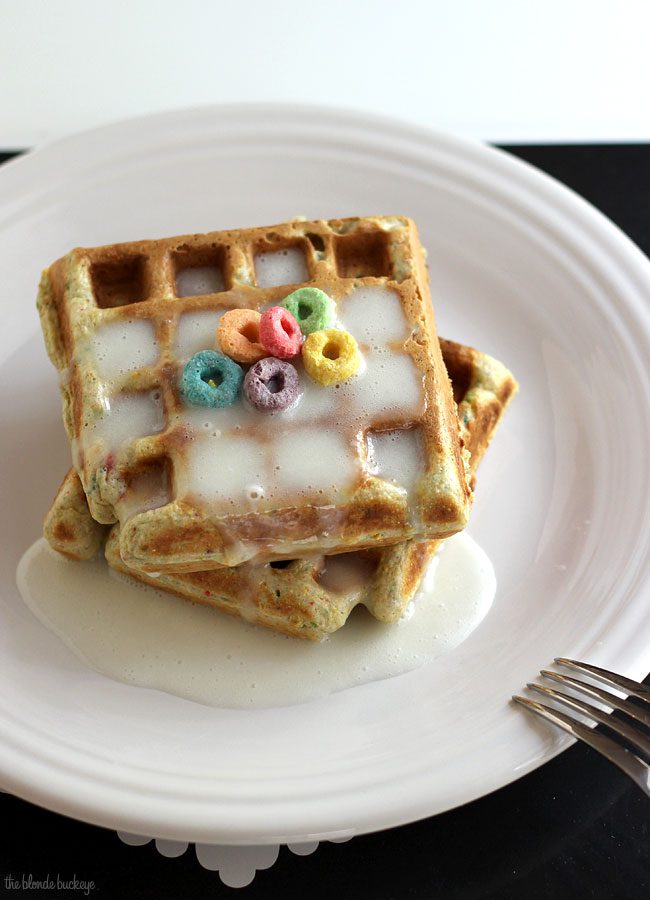 ★★★★★ 5 from 1 reviews This isn’t your traditional cereal & milk. Oh no, it’s much much better. Cereal IN the waffles, top with a sweet, milk glaze. FREE  Get Yours Today!3 Secrets to Ease Your CookingFrustrations. Send Me I mean, this is probably the best cereal & milk ever. I used Fruit Loops, and I…