The piña colada (“strained pineapple”) cocktail was invented in 1954 in Puerto Rico by Ramón “Monchito” Marrero, a local bartender at a prominent Hilton hotel. It’s a terrific summery drink with the excellent flavor combination of pineapple and coconut, backed by your preferred rum, whether blended or shaken.

Because this drink is thick, lush, and flavorful, the rum used isn’t as important as it is in other drinks. Choose a good white rum that you enjoy straight for the best pia colada. You don’t have to spend a bunch to find a new favorite with so many reasonably priced selections accessible.

The frozen Piña Colada recipe is really easy to make and only requires a few common ingredients. Toss everything in the blender, give it a good swirl, and you’ll have the freshest pina colada ever. Once you’ve discovered the magic of a frozen pia colada, there are plenty of other coladas to try, including the super-easy shaken version.

It’s one of the best tropical cocktails out there, and it’s even better when made from scratch. After the first taste, you’ll be kicking yourself for buying a pina colada mix. Many bottled pia colada mixes available at liquor stores contain artificial components, but our formula tastes as fresh as can be, free of preservatives. You also get to prepare a less expensive drink that is personalized to your specific preferences, picking the amounts and having greater control over the flavor. Furthermore, if you purchase cream of coconut and pineapple juice individually, you will have access to an entirely new set of cocktails.

WHO IS RESPONSIBLE FOR THE PIA COLADA?

The Pia Colada’s history is one of the few well-documented cocktail histories. Ramón “Monchito” Marrero, a bartender at the Beachcomber Bar in the Caribe Hilton in San Juan, Puerto Rico, invented the cocktail in 1954. The original recipe was shaken and nonalcoholic. His intention was to greet guests with a taste of the tropics in a glass. After Monchito added a local rum a few years later, the drink found a new home in the blender. The Pina Colada was designated as Puerto Rico’s official drink in 1978.

The beverage was appreciated by Caribbean vacationers who brought tales of it home throughout the ensuing decades. The drink did not become popular until Rupert Holmes’ 1979 hit song “Escape” was released. Don’t know what the title means? It is also known as “The Pia Colada Song,” which is rather suitable. If you need a reminder, go to a karaoke bar and you’ll almost certainly he

THE ORIGINS OF THE PIA COLADA

Over the years, many bartenders and bars have claimed to have invented the now-famous pia colada, but the drink’s exact roots are a little fuzzy. There is even evidence that traders in the nineteenth century blended rum with coconut water and mashed pineapple to create a kind of proto-pia!

In the end, I suppose it doesn’t really matter. Because a pia colada is incredible.

Alternative Video Recipe: How to Make a Piña Colada

By the way, there is a common misperception that a blended pia colada is a more contemporary, modernized form of the cocktail. The blended drink is the original, while the shaken pia colada is the modern rendition.

If you want to make your own shaken pia colada, combine 1 1/2 ounces golden or aejo rum with 1 ounce coconut cream and 1 ounce pineapple juice and serve over ice. A spritz of lime peel on top of the cocktail is the ideal finishing touch.

A pia colada, whether blended or shaken, is unrivaled for its tropical flavor and effectiveness in delivering rum into your tongue.

The ease with which pia coladas can be made contributes to their allure:

WHAT IS THE BEST RUM FOR A PINA COLADA?

A mild rum is the finest to use. Choose one that you enjoy drinking! Dark rum should be avoided since the flavor is too caramel-y and thick for a pina colada. Because the focus of this drink is on fresh and fruity flavors, the light rum works best.

This pia colada recipe is incredibly simple! In a blender, combine all of the ingredients. Blend with some broken ice until everything is well blended and mushy.

Pour into glasses and garnish with fresh pineapple if you’re feeling particularly beachy.

You could easily omit the rum and make a non-alcoholic pia colada. Simply create the cocktail as recommended, but leave out the alcohol. My daughter enjoys drinking a fancy cocktail that is safe for her.

When I have friends over, I’ll combine the juice, coconut cream, and ice and serve the virgin ones to those who want one. Then I’ll add the booze, mix once more, and serve the regulars. Alternatively, pour the rum directly into the serving glass, like they do at posh resorts.

IS IT POSSIBLE TO DOUBLE OR TRIPLE THIS DRINK?

If you want to prepare these for a crowd, double or treble the recipe! Because it’s a frozen, slushy drink, make a big batch and serve it straight immediately. It doesn’t last long because the ice melts quickly.

I see a lot of these pina coladas in my summertime future! I know I can bring a little bit of the tropics to my own backyard until we can schedule that vacation. You should absolutely try it if you need a small tropical getaway!

HOW DO YOU GARNISH A PINA COLADA?

Pineapple Wedges: Slice the pineapple into slices, then cut each slice into four pieces. Serve with the wedge as a garnish.

COCONUT CREAM VS. CREAM OF COCONUT

Here’s an essential point about the components in a pina colada. If you only remember one thing, make it this. Purchase cream rather than coconut cream. What’s the distinction between these seemingly identical products? A lot. What you should know about cream of coconut vs coconut cream:

Chilling coconut milk and then skimming off the layer of cream that floats to the top yields coconut cream. It is very thick and has a coconut flavor, but it is not sweetened. It’s usually offered in cans alongside coconut milk.

Cream of coconut is coconut cream that has been heavily sweetened. It is used to sweeten tropical beverages such as a traditional pia colada. Because it is used in drinks, it is available in convenient squeeze bottles. Cream of coconut is widely available, either online or in your local liquor store. Coco Real is a well-known brand.

CAN YOU MAKE A PINA COLADA WITH CANNED PINEAPPLE?

If you wish to replace ice with frozen pineapple for a more fresh flavor, freeze canned pineapple. However, don’t drink it straight from the can because the ice is what makes it icy.

IS IT OKAY TO ADD PINEAPPLE IN THIS RECIPE?

If you want genuine pineapple, simply replace the ice with frozen pineapple chunks. It works perfectly!

This drink can be mixed or served on the rocks! If you like a pia colada over ice, simply combine the coconut, juice, and rum in a shaker and strain over ice in a glass.

The pina colada (“strained pineapple”) cocktail was invented in 1954 in Puerto Rico by Ramón “Monchito” Marrero, a local bartender at a prominent Hilton hotel. It’s a terrific summery drink with the excellent flavor combination of pineapple and coconut, backed by your preferred rum, whether blended or shaken.

The CDC advises that you inform your doctor. How powerful is that pina colada? It could contain as much alcohol as two glasses of wine, depending on how it’s created.

Is Piña Colada good for you?

If you enjoy Pia Coladas, I’m sorry to break the bad news: This drink is high in calories, sugar, and fat because it is created with rum, coconut cream, coconut milk, and pineapple juice. Coconut cream, that delicious ingredient that transports your problems and thoughts to the beach, is high in saturated fat

What is the flavor of Piña Colada?

The pia colada is a popular classic cocktail from Puerto Rico that is created with pineapple juice, rum, and coconut and is served blended or with crushed ice. In Spanish, the word means “strained pineapple.”

What percentage of alcohol is in a Piña Colada?

The only alcoholic ingredient in most pina coladas is 3 ounces of mild rum (about 80 percent). The remaining two ingredients, totaling 9 ounces, are coconut cream and pineapple juice. Pina coladas have a 13% ABV due to the 70-80% proof rum.

Watermelon Sparkler is a simple fruity drink that is as delightful as a slice of watermelon but made with vodka.

Your bartender will combine vodka, watermelon juice, and freshly squeezed lime juice in a cocktail shaker, then add ice. Before serving, pour it into a cocktail glass and top with club soda and mint leaves.

Watermelon Sparkler is a simple, refreshing cocktail that is perfect for any occasion, from backyard barbecues to wedding celebrations. It’s insanely simple to make and goes with everything!

This simple Strawberry Margarita requires only 5 ingredients and a blender. Serve on the rocks or frozen with a salted rim. It’s great either way!

★★★★★ 5 from 2 reviews Make your own Insta-worthy Dragon Drink at home! The Mango Dragon Fruit Refresher from Starbucks is quite similar to the Dragon Drink from Starbucks, except it is sweeter and creamier! With its beautiful pink color and delicious flavors, this copycat dish is a great treat! What’s the finest aspect about it?… 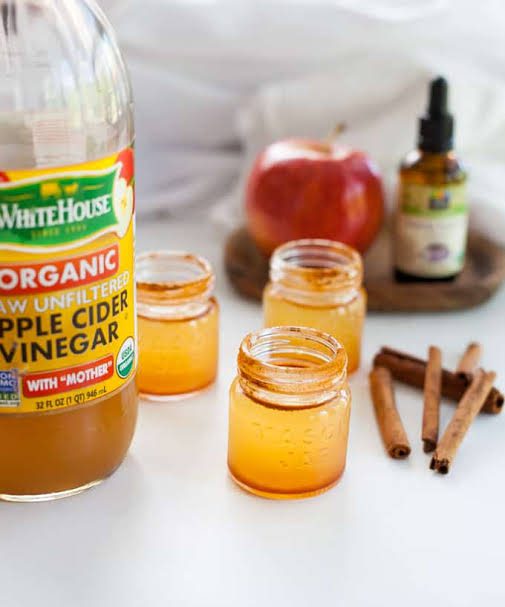 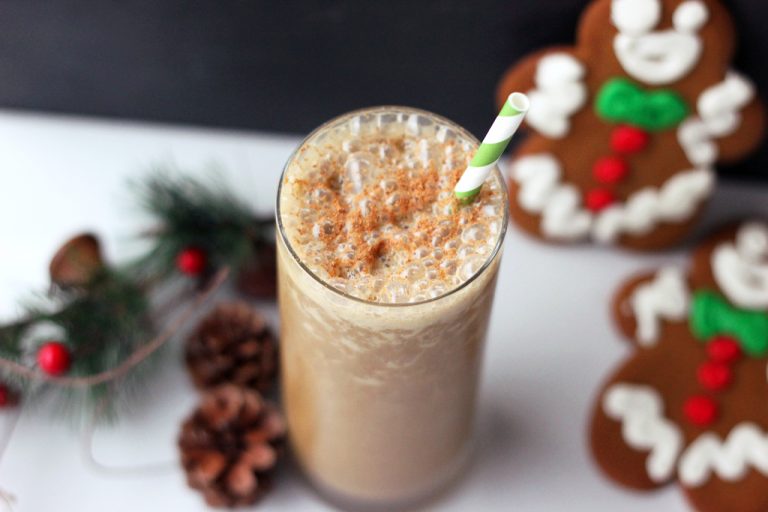 ★★★★★ 5 from 1 reviews I love my Spinach Smoothies, you know that… But I also love to switch it up with seasonal flavors! I ran out of my molasses from last year, then I heard about blackstrap molasses – have you guys heard of it? It actually has a lot of health benefits: Iron, calcium, potassium and magnesium, and…

★★★★★ 5 from 1 reviews Why pick between coffee and tea when you may have both at the same time? This Hong Kong Style Yuanyang Coffee Milk Tea combines the two popular beverages into a delicious drink with a caffeine kick. It’s great hot or cold! The term “Yuanyang” (also known as yuenyeung in Cantonese) means…

★★★★★ 5 from 1 reviews Delicious and nice fruity drink Ideas can always make you feel better! We’ve compiled a list of 23 Best Fruity Drinks, ranging from traditional alcoholic cocktails like mimosas and vodka cranberry to non-alcoholic mocktails. WHAT ARE SOME OF THE MOST POPULAR FRUITY MIXED DRINKS? Certain fruity mixed drinks are almost always…