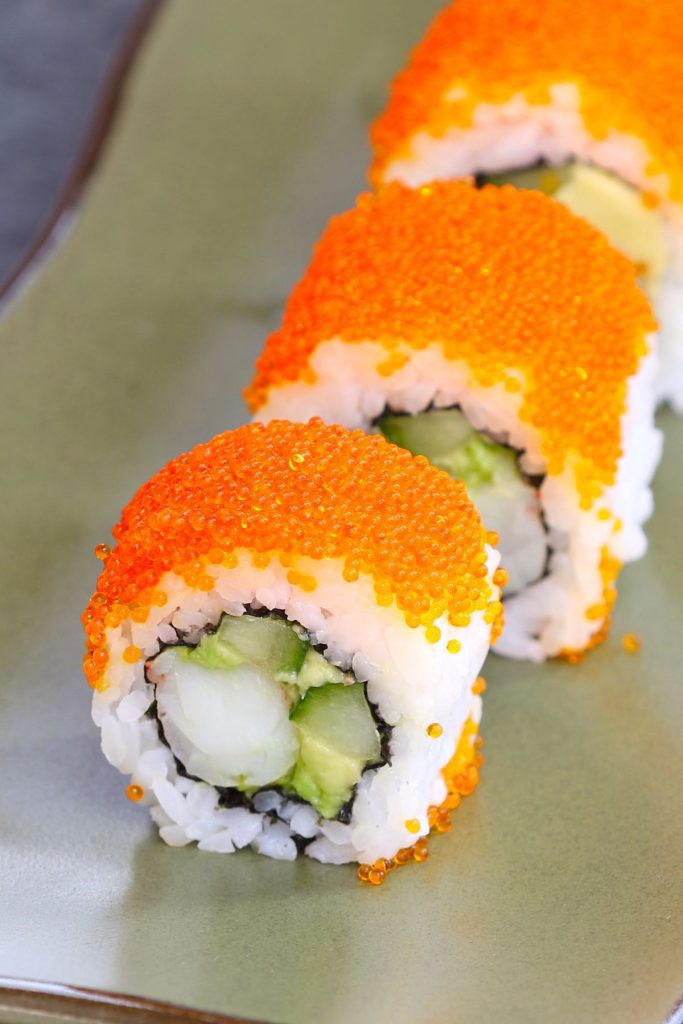 Boston Roll Sushi are made with creamy avocado, poached shrimp, and crunchy cucumber, then wrapped in nori seaweed sheets and sushi rice. You’ll learn how to make sushi rice, how to choose ingredients, how to wrap the sushi, and how to finish with tobiko or masago in this tutorial!

WHAT IS A BOSTON ROLL?

Boston roll sushi are a form of maki sushi (rolled sushi) produced by rolling items in nori seaweed sheets and seasoned rice, similar to the California Roll. The Boston roll uses poached shrimp instead of imitation crab. It’s an inside-out sushi roll, with the rice on the exterior and the filling wrapped in nori on the inside. The brilliant orange masago or tobiko is commonly used as a garnish (Japanese flying fish roe).

If you don’t like raw fish, this Boston roll is a nice option because it utilizes cooked shrimp rather than raw fish.

Boston rolls are not made in Japan, despite the fact that rolled sushi is. It’s a sushi recipe adapted in the Eastern United States to pay homage to the Japanese roots while highlighting the Boston area’s shrimp industry.

WHAT IS A BOSTON ROLL MADE OF?

A Boston roll’s traditional fillings are cooked shrimp, avocado, and cucumber. Some people make tempura shrimp, which is made by dipping shrimp in batter and then deep frying them in high oil. For a healthier and easier alternative that is still flavorful, I like to use poached shrimp.

It’s best to add some tobiko (flying fish roe) on top of the sushi roll after it’s been rolled up in seaweed sheet and rice, giving it a brilliant orange color and crunchy texture. It’s available in your local Japanese store or on Amazon. Masago is sometimes used as a replacement.

Can I use something else to substitute tobiko?

Tobiko is a distinctive ingredient with a purpose for its widespread use in the Boston Sushi Roll recipe. It adds a vivid orangey color to the roll and has a distinct smoky, salty flavor.

People frequently substitute tobiko for masago because it is less expensive, but it lacks the flavor and crunch of tobiko

If you’re going to spend the time preparing Boston sushi rolls, you might as well reward yourself to the slightly more costly tobiko, which will tie everything together.

If you don’t like fish eggs, you can remove them out of the dish entirely. You could always cover your sushi rolls with finely chopped black olives.

What nori sheets are best to use for this recipe?

The best nori sheets for a Boston roll recipe, or any sushi roll recipe, are dark green, almost black in color, and uniformly thick all over.

Nori sheets with a naturally sweet flavor and a uniquely rich texture are the best.

What kind of shrimp is best to use for Boston Roll Sushi?

For this dish, you may use fresh or frozen shrimp; we prefer to acquire ours fresh from the local fish market because they still have a lot of flavor.

You’ll need to take the shell off and devein the shrimp before you begin the recipe. If you’ve never done this before, there are various YouTube videos that will show you what to throw away when utilizing shrimp.

How to prevent your sushi roll from falling apart

If your sushi roll doesn’t hold together, it’s possible that you used the wrong kind of rice. Sushi rolls will also come apart if the nori sheets are too dry or if they are overstuffed.

When putting together your sushi rolls, make sure you squeeze them tightly to keep them together.

HOW TO MAKE BOSTON SUSHI ROLL

Boston Rolls are made with creamy avocado, poached shrimp, and crunchy cucumber, then wrapped in nori seaweed sheets and sushi rice. You’ll learn how to make sushi rice, how to choose ingredients, how to wrap the sushi, and how to finish with tobiko or masago in this tutorial!

Why is it called a Boston roll?

A Boston roll is an Americanized variation of a sushi roll from Japan. Instead of raw seafood, this sushi recipe combines poached shrimp, sushi rice, and Japanese cucumbers. This recipe is a twist on the California roll, with imitation crab meat, or surimi, as the main seafood element.

What is the difference between a California roll and a Boston roll?

Despite one important distinction, both Boston and California rolls contain the same ingredients. Although a Boston roll features poached shrimp and a California roll has imitation crab, these sushi rolls are created with avocado, nori seaweed, and cucumber.

What is the secret ingredient in sushi?

Nowadays, anything from a piece of mango or strawberry to a piece of fried banana can be found in sushi, but it is the avocado that has gone from being just another ingredient in a dish to being the key element, to the point where it is difficult to imagine sushi without a bit of delicious avocado in the center.

Is a Boston roll good?

The Boston Roll
Who doesn’t enjoy shrimp on a sushi roll? The Boston roll is a popular choice, and if you’re a big fan, you can even double up on the shrimp and have shrimp on both the inside and outside of the roll. … It’s a win-win shrimp thing.

What is the rarest sushi roll?

One of his most recent creations has been dubbed the “world’s most expensive sushi,” and it’s made with edible gold, jewels, and pearls. Angelito Araneta Jr.’s five-piece special nigiri roll, priced at $1,978, is officially the most expensive sushi in the world, according to Guinness World Records.

The use of mashed avocado makes it simple to roll this California-style sushi. To save time, use precooked shrimp. Sushi is traditionally served with wasabi, low-sodium soy sauce, and pickled ginger.

One of our favorites is the Philadelphia Roll! These scrumptious homemade sushi rolls, also known as Philly Rolls and Japanese Bagel Rolls, are very easy to make and only require a few ingredients!
I might or might not have had these Philadelphia Rolls for breakfast yesterday.

“Oh, there’s leftover sushi in the fridge; I suppose I’ll eat it!”

” kind of breakfast, either.”

Oh, no! I prepared this entirely from scratch while sipping my morning coffee.

★★★★★ 5 from 2 reviews This easy baked BBQ chicken breast recipe brings the sweet, salty, smoky flavor of barbecue to your home any time of year! It’s a fantastic winter-time version of grilled chicken that everyone will enjoy as part of a delicious, flavorful meal! Without a grill, you can make finger-licking good BBQ! Who… 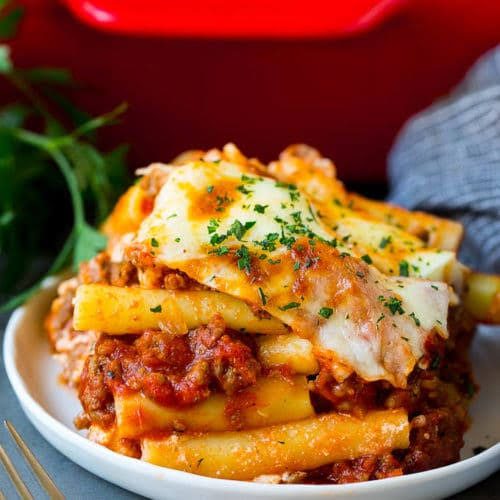 ★★★★★ 5 from 1 reviews The perfect weeknight dinner is Easy Baked Ziti with savory ground turkey in a pool of zesty tomato-based marinara sauce. My favorite pasta dishes are those that are quick to prepare and ready in under 45 minutes. Although turkey baked ziti is simple and requires little effort or ingredients, it is… 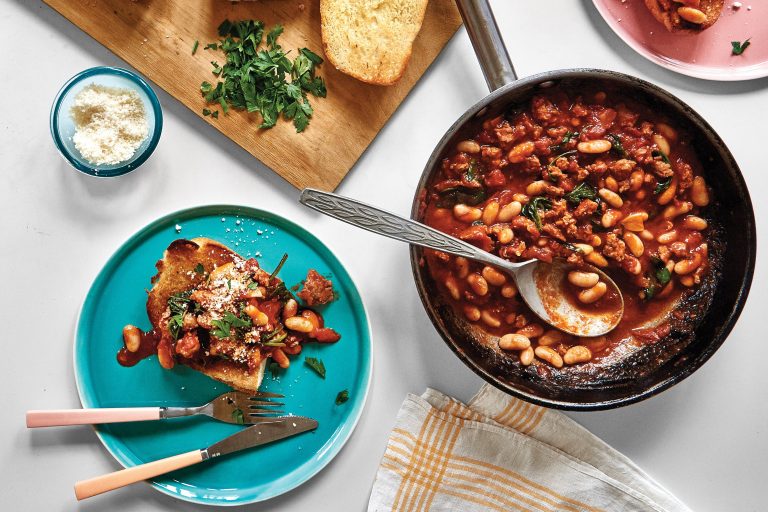 ★★★★★ 5 from 1 reviews When it comes to cooking for our families, most of us fall into a routine of making the same easy dinner recipes week after week. There’s nothing wrong with that at all. We know what our families love to eat and we are happy to accommodate them for family meals. Cooking…

★★★★★ 5 from 1 reviews You don’t have to spend a lot of money to make a tasty dinner—save money by using cheaper proteins like chicken, ground beef, and tilapia, or go vegetarian with bean-based meals to create a cheap dinner ideas. Whatever your cooking style, these delectable meals will satisfy your entire family without breaking…

★★★★★ 5 from 1 reviews When it comes to chicken patties from Foster Farms, they are fully cooked (pre-cooked). which means they have been prepared and then frozen quickly to preserve their flavor. Using an air fryer, oven, microwave, or deep fryer, you may prepare Foster Farms patties. Are Foster Farms Chicken Patties Precooked? Are the…