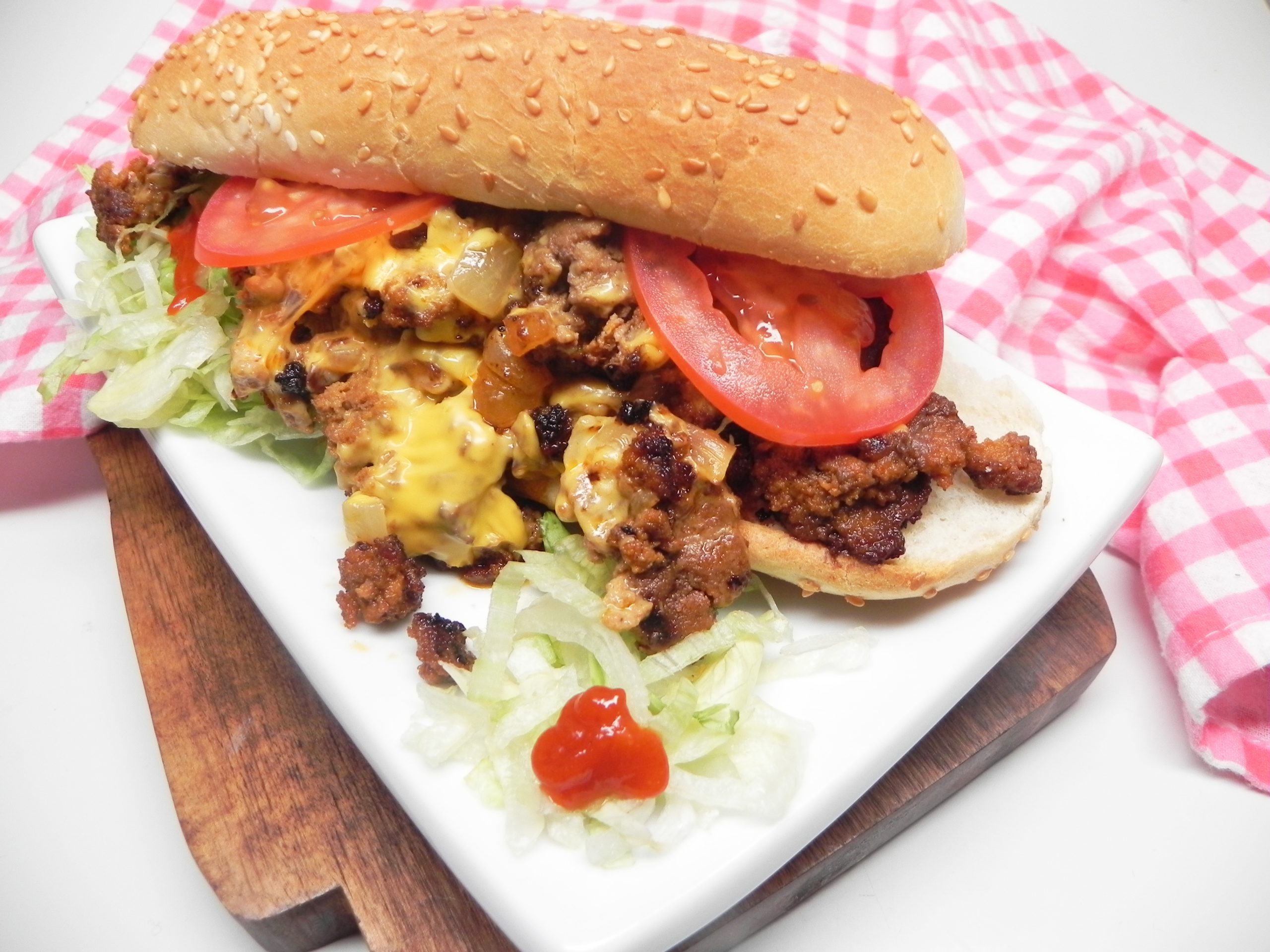 This is the traditional method for making the famous New York City chopped cheese.

WHAT IS CHOPPED CHEESE?

A Chopped Cheese is essentially a burger in a sandwich form. It begins with beef burger patties and onions, which are cut into little pieces while on the grill. Before the mixture is placed to a hero bun and topped with the toppings of your choice, American Cheese slices are added on top and melted (typically lettuce and tomatoes). It’s a quick and tasty dinner to eat on the road.

The majority of New York City’s bodegas use American cheese in their chopped cheese sandwiches. It’s the greatest option because it melts better than other cheeses. Other cheeses, such as Cheez Whiz or provolone, can be substituted. For this dish, even mozzarella will suffice. Simply ensure that the slices are thin enough to melt fully.

WHAT KIND OF BREAD SHOULD I USE FOR NYC CHOPPED CHEESE?

The quality of the bread is critical to enjoying chopped cheese. The typical hero bun or hoagie roll, which is soft and fluffy on the inside but slightly crusty on the outside, is my recommendation.

HOW TO CHOP BURGERS?

The key to chopping your burger patties is to let them cook for a few minutes so they’re easy to cut through. This is especially important if you’re using a frozen patty as the bodegas do. A steel spatula will be easiest. You’ll need to chop it up lengthwise and widthwise, until it looks like ground beef.

Now, if you’re wondering, “why not just use ground beef?”, you absolutely can! For bodegas cooking quickly, the burger patties are already portioned out. But if you’re at home cooking for the family, this recipe can totally be made using ground beef, and you may even have some leftover!

HOW TO MAKE CHOPPED CHEESE

TIPS FOR THE BEST CHOPPED CHEESE

We’ve all experienced how addicting and delectable a chopped cheese sandwich can be. But did you know they’re also vegan, low-fat, high-protein, high-fiber, and gluten-free? They are an excellent choice for anyone attempting to live a healthier lifestyle.

Chopped cheese sandwiches have grown in popularity in recent years. They are currently one of the top five most searched for foods on Pinterest, according to the Wall Street Journal. This is due to the fact that they are healthier than typical cheeseburgers while being equally delicious.

How to Store Your Leftover Chopped Cheese Sandwiches?

Inside this post, we’ll look at how to store leftover chopped cheese sandwiches and try to answer the question, “What’s the best method to preserve them?”

The first thing you should know is that there are three kinds of containers: metal foil, plastic, and glass. Metal foil and plastic containers cannot be heated in microwaves, so use a glass container if you wish to heat up your sandwich. If you don’t frequently microwave, there’s an advantage to using a metal or plastic container.

You can use ground beef instead of burger patties for this recipe.

What cheese is on a chopped cheese?

In their chopped cheese sandwiches, most bodegas in NYC use American cheese. It’s the ideal option because it melts better than other types of cheese. Other cheeses, like as Cheez Whiz or provolone, can be used instead. This dish can also be made with mozzarella.

What is the difference between a cheesesteak and a chopped cheese?

“The chopped cheese is definitely a drug dealer sandwich,” claims rapper Bodega Bamz, who was born in Harlem. “Unlike the Philly cheesesteak, which is more of a trademark, it hasn’t really [spread its wings] yet.” … If you ask a random group of New Yorkers about the chopped cheese, you’re going to get a lot of blank faces.

The chopped cheese sandwich originated in New York City. It is not spicy and is traditionally made on a flat top grill. I do not have a flat top and also wanted to incorporate some heat so here is my not so traditional version.

Now that I am an adult, I miss the things I used to do as a child to upset my mother, and while I was thinking about what I used to do, an idea came to mind to reminisce my youth. 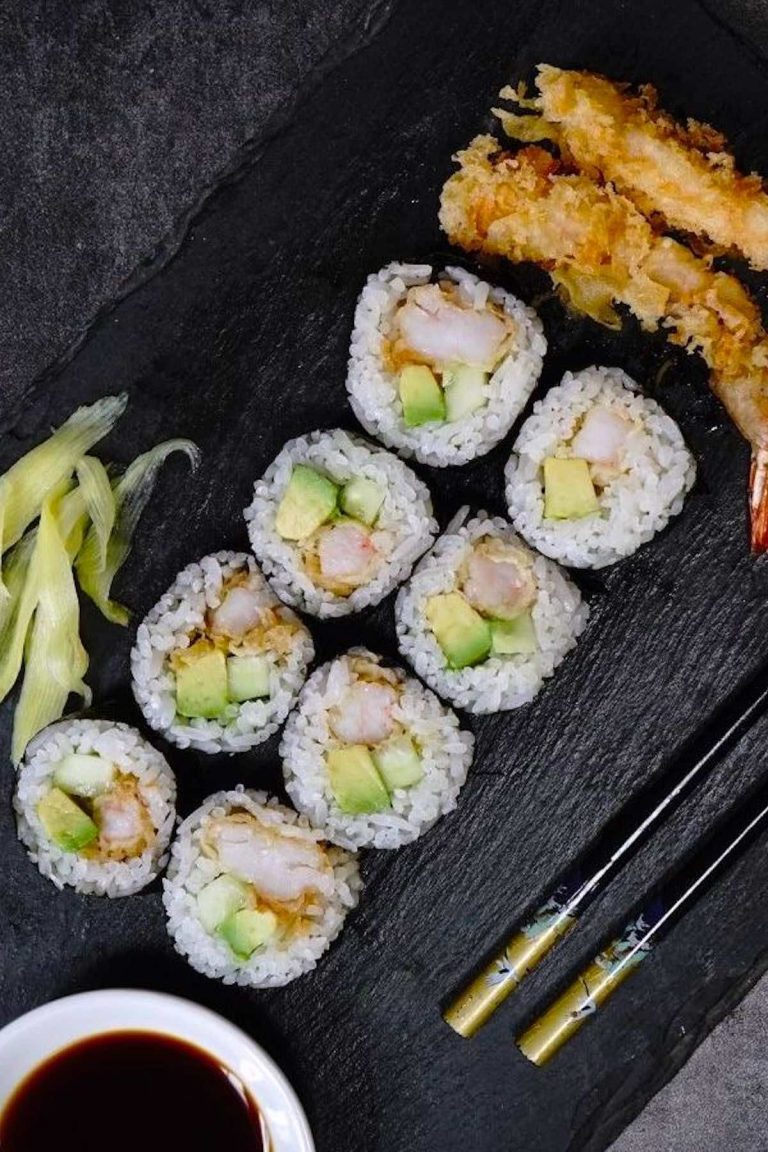 ★★★★★ 5 from 1 reviews Crispy shrimp tempura, avocado, and cucumber are wrapped in seasoned rice and nori seaweed sheets to make Godzilla Roll Sushi. For added taste, sprinkle with soy sauce or spicy mayonnaise. This popular Japanese shrimp tempura roll dish is simple to make at home, so skip the restaurant and make some at… 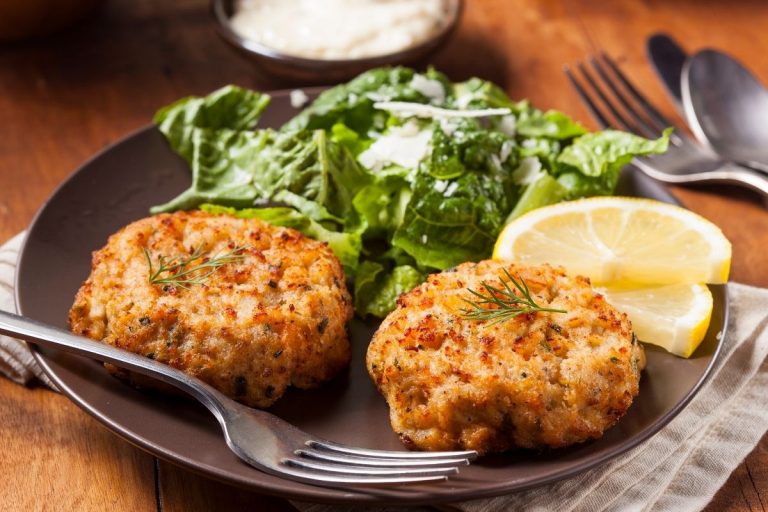 ★★★★★ 5 from 1 reviews Frozen Crab cakes are best savored when made with fresh crab flesh since they are sweet yet sour, flaky yet creamy, and delicious. However, I don’t always have enough time to go out and get fresh crab flesh before making homemade crab cakes. As a result, I normally just buy frozen…

★★★★★ 4.5 from 2 reviews There are several brands of Costco cauliflower rice . I’m going to talk about Dujardin Organic Cauliflower Rice from Costco today. This is an excellent option for dieters seeking for low-calorie meals. If you have any queries concerning any Costco items, please leave a comment below Frozen Riced Cauliflower HACK! This… 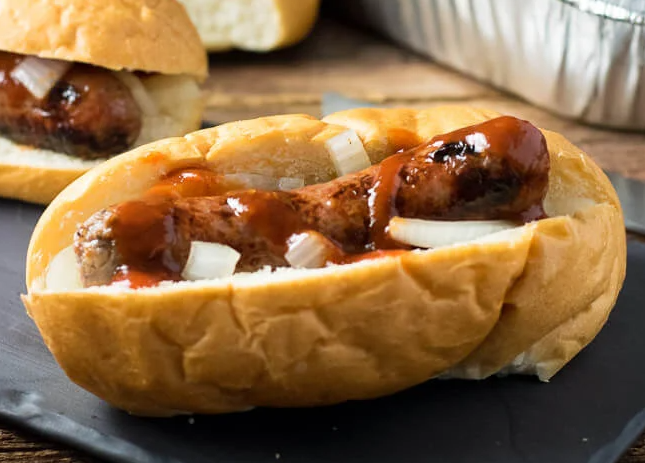 ★★★★★ 5 from 1 reviews My quick and delicious grilled brats are an incredibly tasty treat that you can make in no time! Before grilling, give them a quick simmer in a delicious German beer, and you’ll be amazed at how something so simple can be so tasty! With Labor Day approaching, you might be wondering… 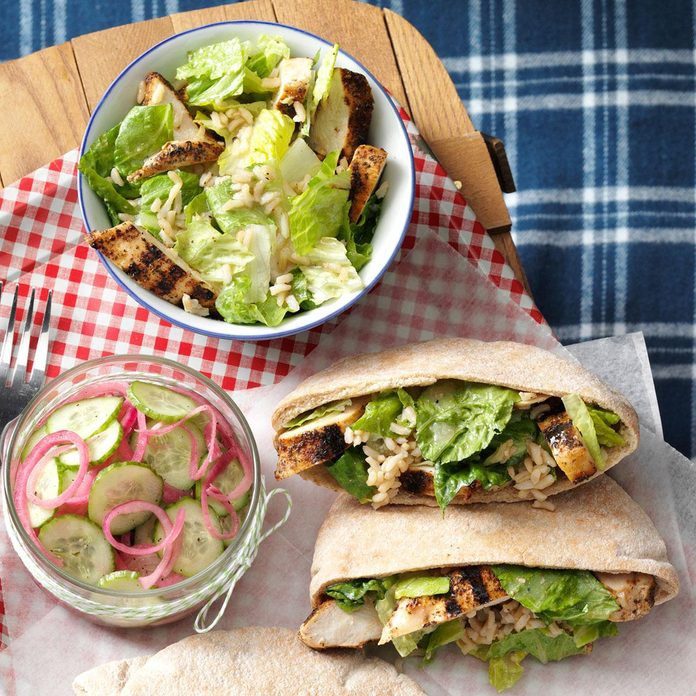 ★★★★★ 5 from 1 reviews Are you tired of leaving work on your lunch break to spend the entire time looking for food? Are you tired of eating the same lunch every day? Whatever the case may be, you’ve come to the right place! Here are 40 Simple Cold Lunch Ideas for Kids and Adults! Whether… 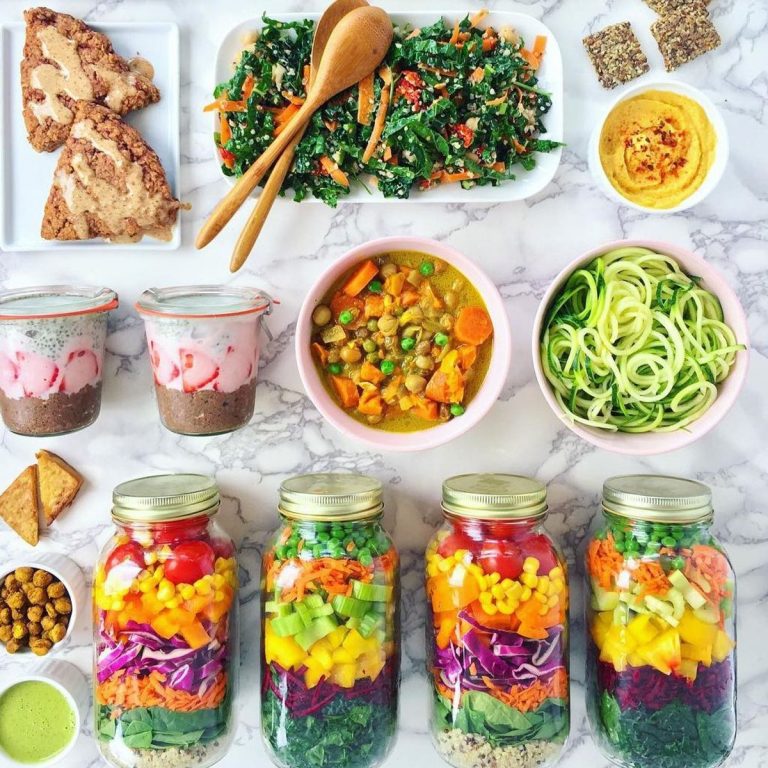 ★★★★★ 5 from 1 reviews Hit the snooze button—these weekday work lunches are ridiculously easy to make and far superior to that stale PB&J. We’ve got it all, from upgraded sandwiches and salads to soups you can make ahead of time. Are you also pressed for time for lunch? Check out our favorite quick lunch ideas,…