There are several brands of Costco cauliflower rice . I’m going to talk about Dujardin Organic Cauliflower Rice from Costco today.

This is an excellent option for dieters seeking for low-calorie meals. If you have any queries concerning any Costco items, please leave a comment below

This hack has completely transformed my life. Eating a ketogenic diet necessitates getting creative in order to develop nutritious, low-carb substitutions. You’re definitely familiar with cauliflower rice, and I’m guessing you dislike it. It’s extremely adaptable, making it simple to prepare, but if not cooked properly, it might get mushy and taste odd. And it won’t give you the same satisfaction as a bowl of delicious, chewy white rice.

Dujardin Organic Cauliflower Rice is composed entirely of organic cauliflower, according to the packaging. No other ingredients have been added. As a result, you may either make and serve Costco rice alone, which is not recommended, or with a variety of other components such as peas, bell peppers, corn, and other vegetables.

How Much is Costco Cauliflower Rice?

Costco’s cauliflower rice is almost $40 for an entire package and around $10 for a single bag. The Costco Cauliflower Rice bundle weights 4.4 pounds and includes four 500-gram spade bags.

Considering that it is organic food, it is not inexpensive, and we all know how costly this type of food is.

There are several brands of frozen cauliflower rice available at Costco. Some of them include veggies, while others do not.

The following are some of Costco’s most popular cauliflower rice items:

Costco Dujardin Organic Cauliflower Rice takes 8 to 10 minutes to cook in a pan, 10 minutes to heat in the microwave, and 15 to 20 minutes to cook in the oven.
The package states that the food must be cooked for a specific amount of time, but this is not correct. Increase the cooking time by a few minutes, especially if you’re utilizing the stir-fry method.

How To Cook Costco Cauliflower Rice In The Oven

Note: During the cooking period, the rice should be stirred a few times. This ensures that the rice cooks evenly throughout.

How To Cook Costco Cauliflower Rice In The Microwave

Note: Defrosting the rice before heating it in the frying pan is strongly advised. You’ll be able to cut the cooking time in half, from 12 to 5 minutes. If you wish to thaw rice, do so overnight in the refrigerator or in a warm water bath.

How to Make Frozen Costco Cauliflower Rice on the Stove

What To Serve With Costco Cauliflower Rice

How To Store Costco Cauliflower Rice

There are several brands of cauliflower rice available at Costco. I’m going to talk about Dujardin Organic Cauliflower Rice from Costco today.

How do you make frozen cauliflower rice not soggy?

If you cook riced cauliflower for too long, it will turn soft and soggy. Riced cauliflower gets softer and more tender when cooked quickly on the stovetop with a little butter or olive oil. As a general rule, three minutes over medium heat and not too much oil should enough.

Does Costco have frozen cauliflower rice?

Costco has a large selection of frozen cauliflower rice in a range of tastes and pricing. Cauliflower rice, both with and without vegetables, is included.

Should I defrost cauliflower rice?

The cauliflower rice should not be defrosted first. If you can’t get a large clump to break apart, zap it in the microwave for a few seconds.

Is cauliflower rice good for you?

Cauliflower rice is a low-calorie and low-carbohydrate alternative to rice. It may also provide a variety of health benefits, including aiding weight loss, reducing inflammation, and even protecting against some diseases. It’s very easy to prepare and can be consumed raw or cooked.

How do you get moisture out of cauliflower rice?

I prefer to press any excess moisture from the rice by moving it to a large paper towel or absorbent dish towel and squeezing/pressing it to eliminate any lingering moisture. This ensures that no excess moisture remains in the dish, which may make it soggy.

Does Costco have frozen cauliflower Rice?

Costco has a large selection of frozen cauliflower rice in a range of tastes and pricing. Cauliflower rice, both with and without vegetables, is included.

Should I defrost Costco cauliflower Rice?

Yes, Costco’s Dujardin Organic Cauliflower Rice is gluten-free because it contains only cauliflower and no other ingredients.

Weeknights are often the most difficult. Who has time to cook, after all? I know I have trouble deciding what to eat several times a week. It can be difficult to get a quick dinner on the table when you’re attempting to eat low carb.

This Cheesy Cheddar Cauliflower Rice is one of my favorite dishes. It’s more of a side dish, but if no one else is around, I could eat the whole thing. What I like about it is that it only takes 10 minutes to prepare. That, as well as the fact that the entire family enjoys it, is fantastic.

This recipe replaces white rice with riced cauliflower, giving restaurant-style Mexican rice (also known as Spanish rice) a healthy, low-carb makeover. This celebratory side for taco night is made with additional delectable ingredients including tomatoes, jalapeo, and cilantro. 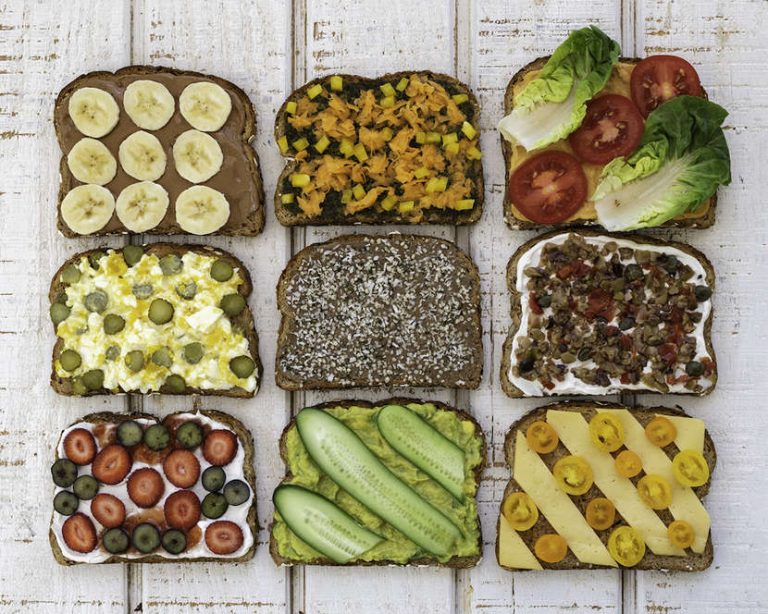 ★★★★★ 5 from 1 reviews These 45 Easy Sandwich Ideas will take the stress out of mealtime. We’ve got everything from traditional, healthy, vegan, and kid-friendly sandwich recipes here. There’s something for everyone, whether it’s for breakfast, lunch, or dinner! WHAT ARE THE MOST POPULAR SANDWICH FILLINGS?  We all enjoy sandwiches with a lot of extra… 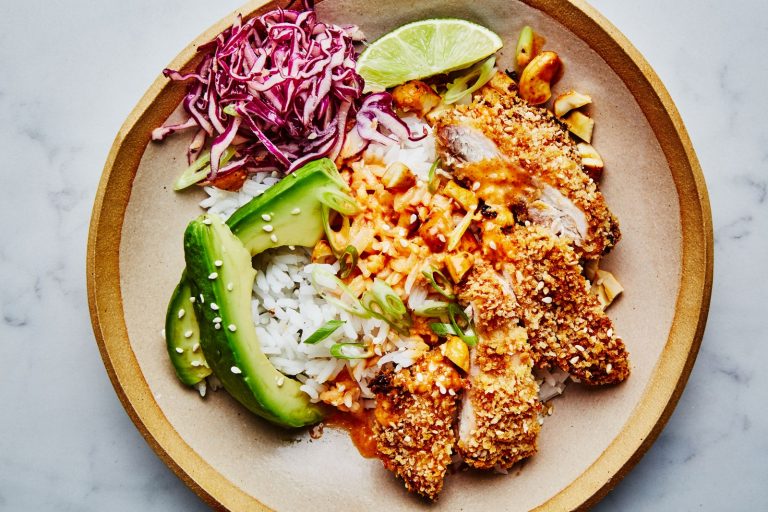 ★★★★★ 5 from 2 reviews Breakfast is the most important meal of the day, but easy lunch ideas are just as important, if not more so. It’s no surprise that we crave that afternoon cup of coffee, what with choosing the easiest option (cold leftovers!) and trying to think of lunch ideas in the midst of… 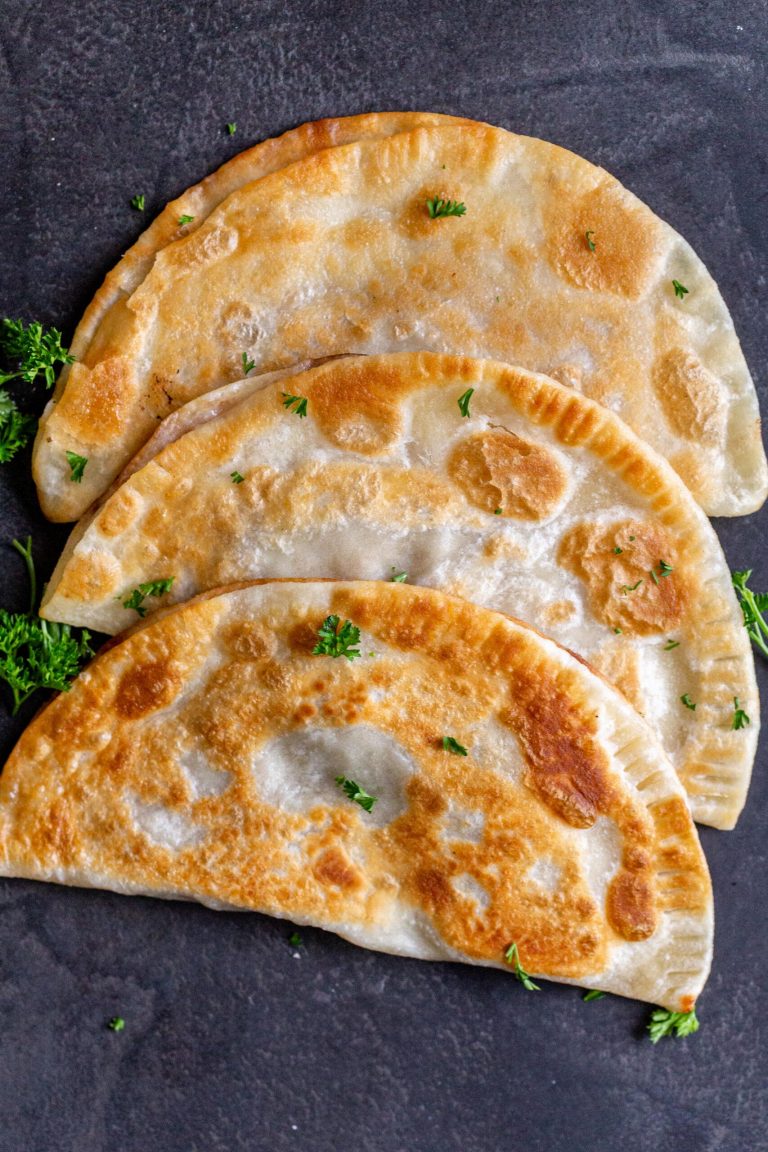 ★★★★★ 5 from 2 reviews Chebureki are traditional Russian comfort foods. Each savory, meaty turnover is brimming with traditional Russian flavors. Delicious and simple to prepare! Chebureki is a savory cosmopolitan pastry that is an excellent breakfast option. The pastry is made by folding a round dough filled with minced meat and onions, usually mutton or… 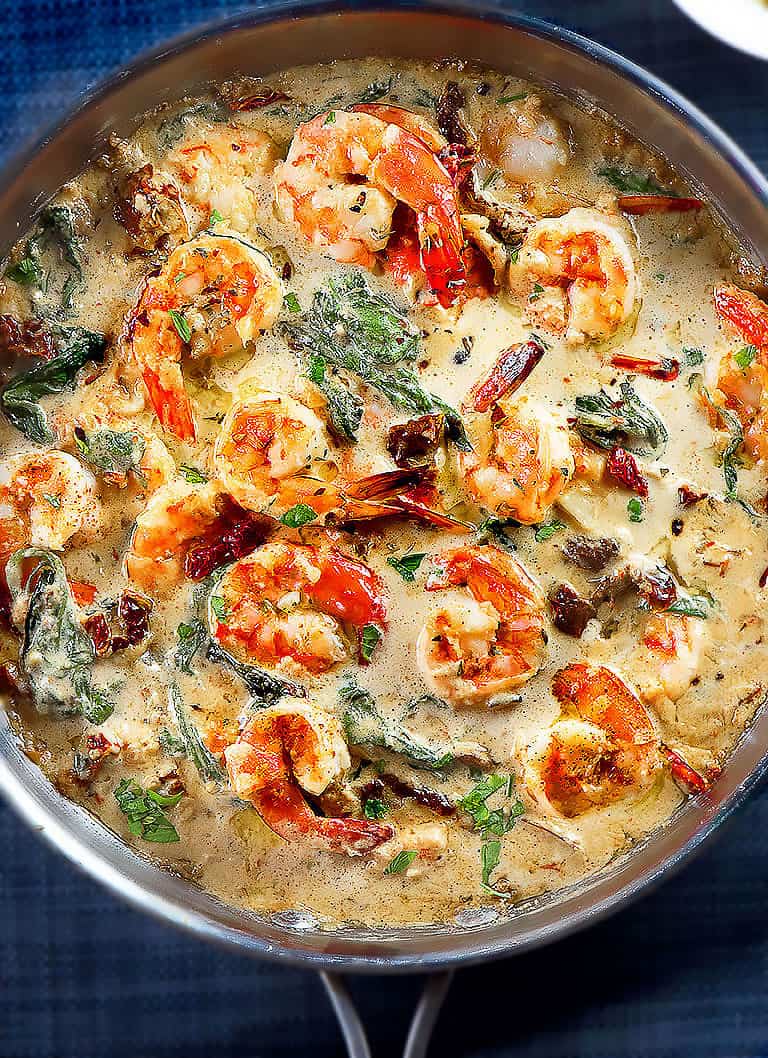 ★★★★★ 5 from 1 reviews The flavor of this Creamy Garlic Butter Tuscan Shrimp is incredible! With sun-dried tomatoes and spinach, the delicious shrimp is coated in a thick, rich, and creamy garlic Parmesan sauce. It’s a low-carb, super-easy meal that’ll wow your guests. In about 20 minutes, you’ll have dinner on the table. The most… ★★★★★ 5 from 1 reviews Are you looking for quick keto lunch recipes? These low-carb dishes range from tuna salad to lettuce wraps to soups and are ideal for incorporating into your lunch rotation. It’s not always easy to come up with keto lunch ideas because the keto diet is high-fat, low-carb. So, if you can’t…