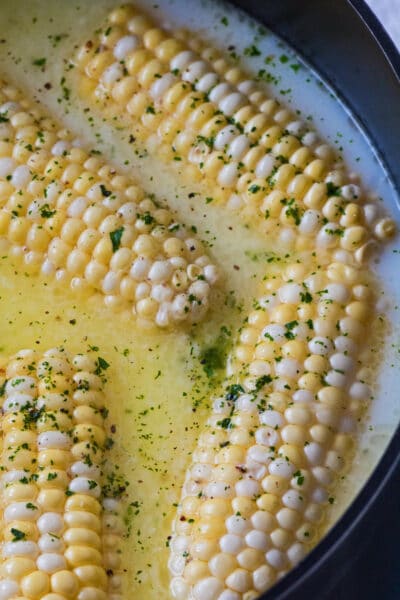 Corn on the cob is one of my favorite foods.

This Milk Butter Boiled Corn on the Cob is the greatest, hands down, whether it’s grilled, smoked, or otherwise!

It’s as simple as boiling or steaming corn on the cob, but this version is so deliciously sweet and soft that you’ll make it your new favorite way to prepare corn!

This Milk Butter Boiled Corn on the Cob is the finest corn on the cob you’ll ever taste, because it’s so soft and tender!

TO MAKE YOUR MILK BUTTER BOILED CORN ON THE COB

Fill a large stockpot halfway with fresh shucked corn on the cob, then add just enough water to cover the ears. Bring the heavy cream, milk, 14 tablespoons butter, and sugar to a boil over medium-high heat.

Reduce to a low heat and continue to cook for another 8-10 minutes, or until the corn is soft. *You can wait until the contents of the stockpot are boiling before gently placing the ears of corn in, but I prefer to toss everything in at once.

Serve right now, or keep warm in an airtight container until ready to serve. Enjoy!

WHY WOULD I BOIL CORN IN MILK?

Boiling your corn in milk brings out the sweetness of the corn, which is especially true of sweet corn. When sugar is added to the water and milk combination, the effect is amplified even more.

HOW DO I KNOW WHEN MY CORN IS DONE?

Boiled corn is extremely hot, and if picked up with tongs, it will quickly dry out. From a beautiful, hot cooked piece of corn on the cob, the moisture should evaporate in seconds.

The corn should be ready in 5 minutes when cooked at a boil. When your corn has been brought to a boil and then simmered for 8 to 10 minutes, it should be done. At the eight-minute mark, I always remove my corn from the fire ( even if it takes me a minute or two to get it on to plates ).

Alternative Video Recipe: How to make Corn on the Cob

CAN I LEAVE BOILED CORN IN WATER (OR MILK AND BUTTER)?

Corn can be left in water, or a mixture of water and milk, for up to 10 minutes after it has been cooked. If you leave your cooked corn in the pan for longer than 10 minutes, it will become overcooked. After that, your corn will begin to lose both flavor and the plump corn kernel texture that you seek.

CAN I REUSE THE LEFTOVER CORN MILK BROTH?

Don’t like wasting food or throwing away perfectly nice broth? Neither do I.
This broth can be saved and frozen for later use in soups, chowders, or cornbread.

HOW TO BOIL CORN IN MILK

HOW LONG IS IT GOOD?

Serve: Because of the butter and milk in the recipe, the ears of corn should not be left out at room temperature for more than 2 hours.
Store: leftovers in an airtight jar in the refrigerator for up to 4 days.
Freeze: your boiling corn once it has cooled down to keep it fresh for up to a year.

Avocado: Dice one avocado and combine it with pico de gallo and lime juice in a bowl. Then, for a fantastic, thick guacamole that you can make quickly, add corn from your boiling cobs.
BBQ: Cut the kernels off and toss them in a bowl with a dab of BBQ sauce for a delightful side dish perfect for summer cookouts.

Corn on the cob is one of my favorite foods. This Milk Butter Boiled Corn on the Cob is the greatest, hands down, whether it’s grilled, smoked, or otherwise! It’s as simple as boiling or steaming corn on the cob, but this version is so deliciously sweet and soft that you’ll make it your new favorite way to prepare corn!

water (enough to cover the ears of corn)

Keywords: corn on the cob, corn

Why boil corn on the cob with milk?

Boiling your corn in milk brings out the sweetness of the corn, which is especially true of sweet corn. When sugar is added to the water and milk combination, the effect is amplified even more.

How many minutes do you boil corn on the cob?

Toss the corn into a big pot of boiling water. Cook for 3 to 5 minutes, or until the corn is soft and bright yellow, stirring occasionally to ensure the corn is submerged.

Why shouldn’t you boil corn?

The starches inside the kernels of undercooked maize are raw and taste chalky. When the corn hits 150 degrees, the starches begin to gelatinize and the texture becomes silkier. When corn is heated above 170 degrees, the pectin that gives the kernels their structure begins to break down, resulting in mushy corn.

How can you tell when corn on the cob is done?

When it comes to cooked corn on the cob, how can you know when it’s done? The yellow hue of the corn on the cob intensifies after it is fully cooked. The kernels have plumped up and become more sensitive. Prick a kernel with the tip of a sharp knife to see if it’s good.

What is the healthiest way to cook corn on the cob?

Boiling corn on the cob is the healthiest way to prepare it. Instead of using butter to season it, use herbs or citrus juice.

These delectable morsels have a well-deserved reputation at Delish—they’re nearly impossible to put down. Sweet,juicy corn, salty parmesan, and bright scallions make an amazing combination. One of our favorite corn dishes is these poppers. ★★★★★ 5 from 2 reviews Creamy Garlic Red Skin Mashed Potatoes are a mainstay for excellent family meals and a classic holiday side dish! FREE  Get Yours Today!3 Secrets to Ease Your CookingFrustrations. Send Me To savor all of the lovely textures of your red potatoes, leave a few lumps in the smooth, rich potatoes. They’re… ★★★★★ 5 from 1 reviews In little time at all, this simple Microwave Acorn Squash cooking method produces deliciously tender acorn squash!FREE  Get Yours Today!3 Secrets to Ease Your CookingFrustrations. Send Me Fill with your favorite fillings, such as the comfort food classic butter and brown sugar, for a super fast veggie side that everyone will… 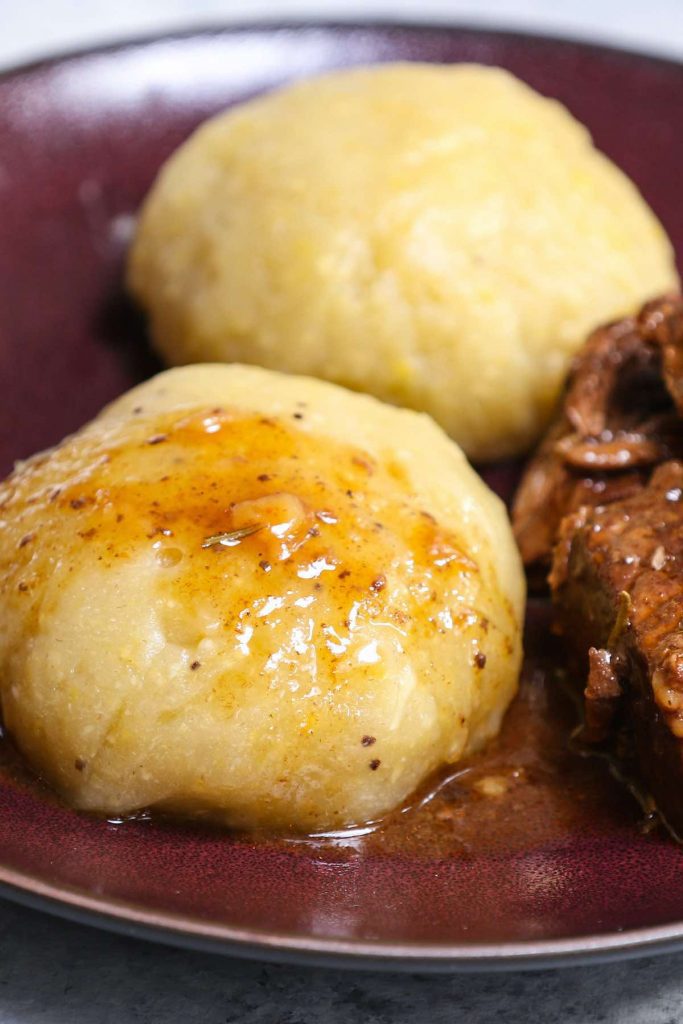 Fufu is a staple food in many countries in West Africa, Central Africa, and the Caribbean. Traditionally it can be made with starchy food like cassava, yams or plantains. This easy fufu recipe boils cassava and plantains first, and then blend them into a dough-like consistency. FREE  Get Yours Today!3 Secrets to Ease Your CookingFrustrations…. 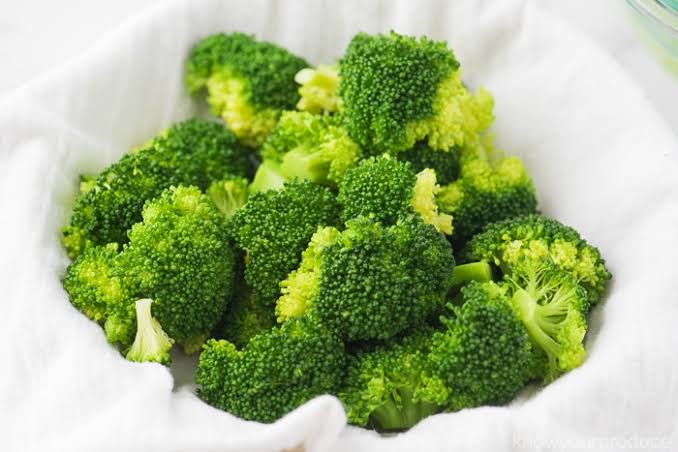 ★★★★★ 5 from 2 reviews With a step-by-step tutorial, learn how to steam broccoli in the microwave so that it comes out perfectly every time. FREE  Get Yours Today!3 Secrets to Ease Your CookingFrustrations. Send Me It takes less than 5 minutes and is a simple microwave broccoli recipe (and other vegetables). Microwaving broccoli is faster and… 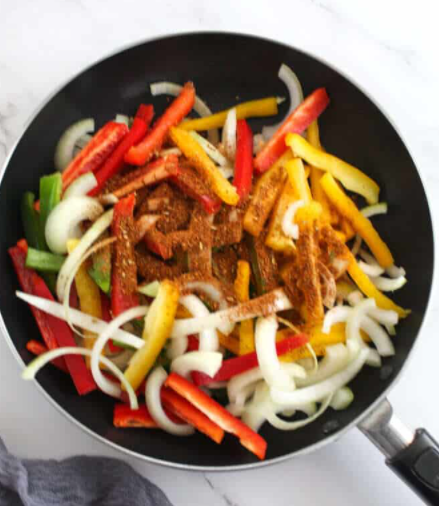 ★★★★★ 5 from 1 reviews An easy recipe for grilled Fajita Veggies, just like the ones served at Chipotle. These grilled vegetables are colorful, tender-crisp, and healthy, and they are ready in minutes. You can also include your other favorite vegetables!FREE  Get Yours Today!3 Secrets to Ease Your CookingFrustrations. Send Me Learn how to make copycat… 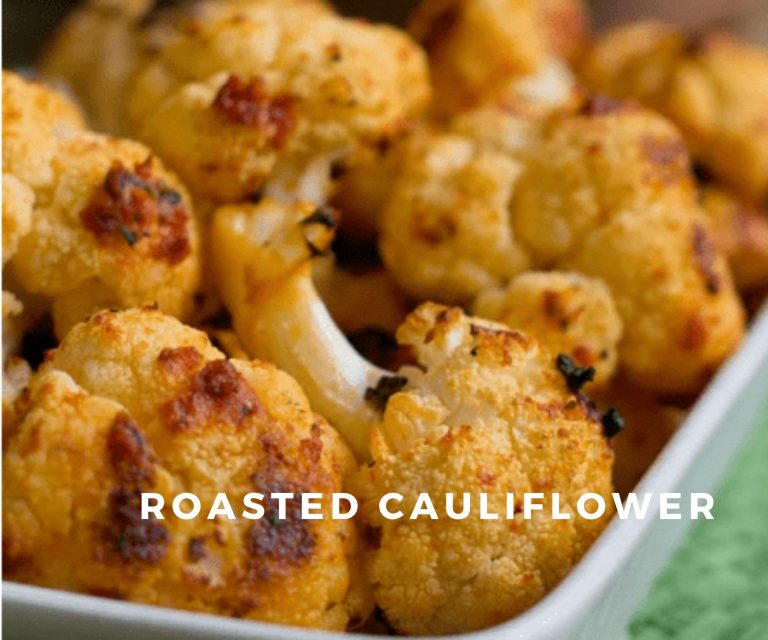 ★★★★★ 5 from 1 reviews The Italian Cauliflower recipe is a tasty way to roasted cauliflower. You’ll want to keep this recipe on hand because it goes well with so many main dishes. You only need 5 minutes to get this ready to put in the oven. Simple!FREE  Get Yours Today!3 Secrets to Ease Your CookingFrustrations….